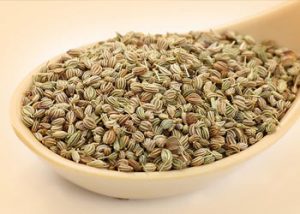 Ajwain is non-irrigated crop. For which less fertile soil is ideal, also there is no requirement of fertilizer/chemicals. Ajwain are very susceptible to insect attacks, so cold storage of stock required after good cleaning, which we assure to do.

Ajwain originated in the Middle East, possibly in Egypt. It is now primarily grown and used in the Indian Subcontinent, but also in Iran, Egypt and Afghanistan.

It is often confused with lovage seed; even some dictionaries mistakenly state that ajwain comes from the lovage plant. Ajwain is also called “ajmo” in gujarati, “owa” in Marathi,”vaamu” or “Oma” in Telugu. It is known as Bishops seeds in global market.

It is used to make a special food called the ‘omapodi’. It is also mixed in several snacks of north and south India. It reduces flatulence caused by beans when it is cooked with beans. It may be used as a substitute for cumin as well. In Indian cuisine, ajwain is almost never used raw, but either dry-roasted or fried in ghee or oil. This develops a much more subtle and complex aroma, somewhat similar to caraway but “brighter”. Among other things, it is used for making a type of paratha, called ‘ajwain ka paratha’.